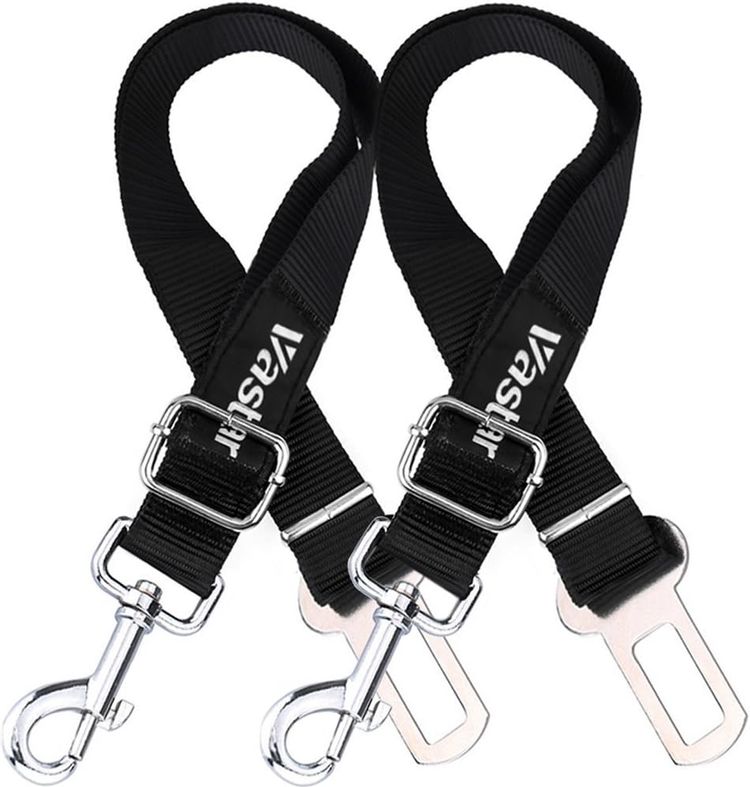 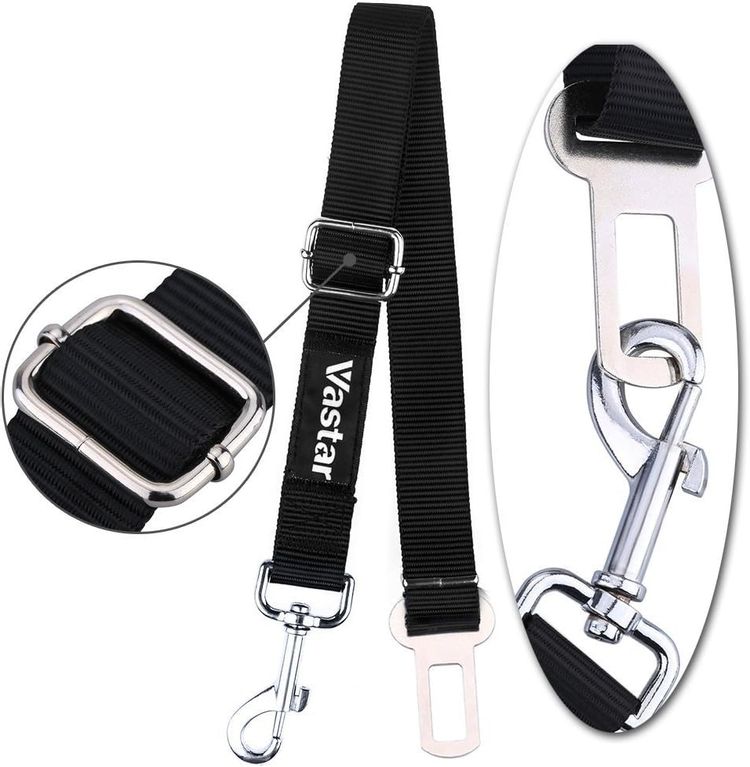 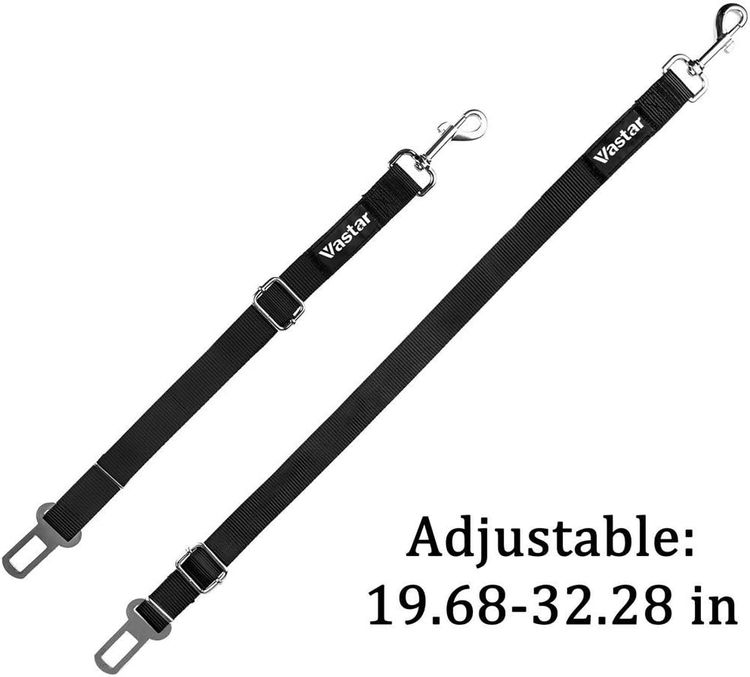 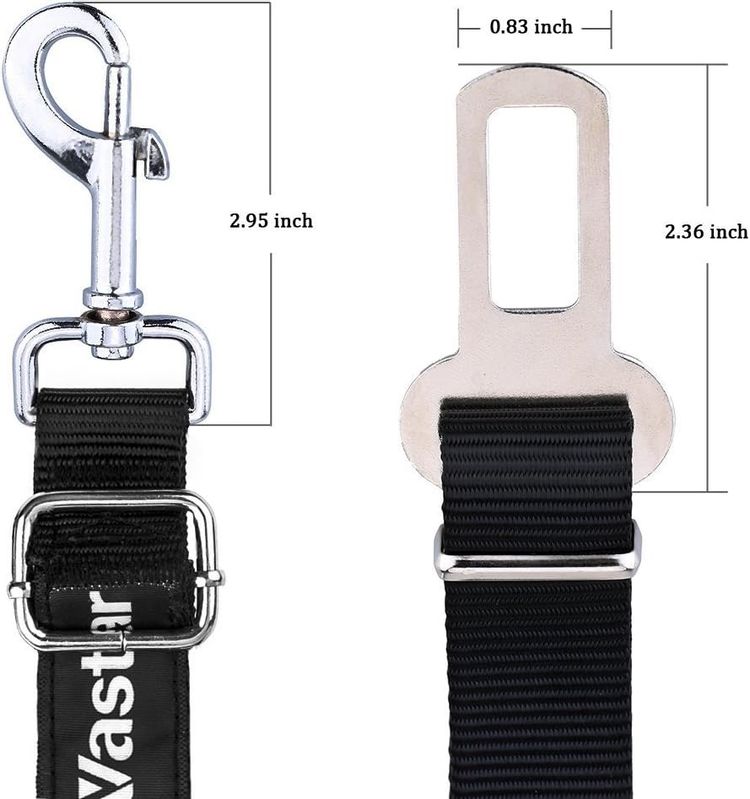 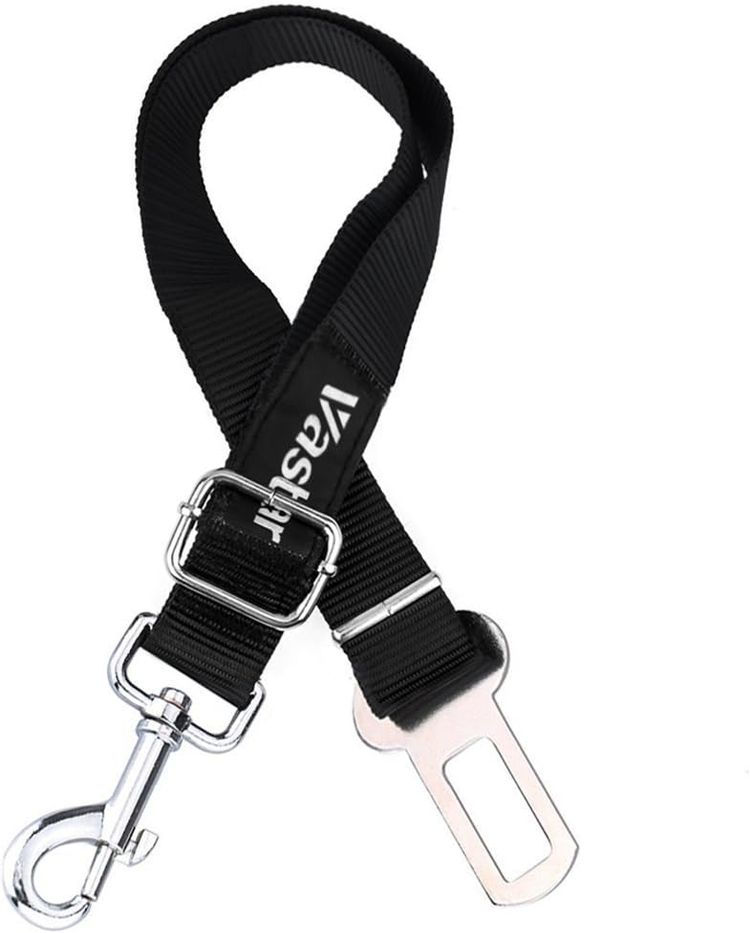 The Vastar Pet Seatbelt is designed to protect your pet, keeping him/her on the seat, and away from the center console when you drive.
It is made of high quality nylon fabric to ensure safety, Vastar pet seatbelt features the solid zinc alloy swivel snap and metal buckles to ensure durability.

Simply clip the Pet Seatbelt onto your pet harness and snap the belt tab right into the seat belt receptacle of your vehicle.

Note:The tab on the seatbelt clip is 2cm, please check your buckle’s size and compatibility before purchase.

Based on customer feedback, we’ve known that the Vastar adjustable dog seatbelts are not applicable to the vehicle model as follows:

Fit for the front seat but not for the rear seat: